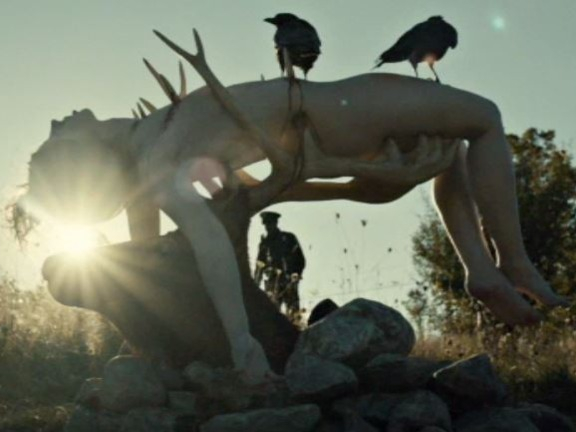 Hello. My name is Lisa and I am a Fannibal. I wrote an essay about the television series Hannibal for “Hannibal for Dinner: Essays on America’s Favorite Cannibal on Television” which has recently been published by McFarland.

My contribution, “Giving Voice to the Unmentionable: How Hannibal Lecter uses bodies in the television series Hannibal,” is the first chapter in the book, and I am so chuffed for it to be included along with the other incredible academic works which analyse Bryan Fuller’s beautifully twisted vision of Hannibal Lecter.

A review of the book by Martha De Laurentiis, executive producer of Hannibal:

“A deep rumination on a show I’m really proud of. For fans or new fans, these essays will make you think about what the show’s storytelling and representation really mean. Fannibals or even those new to Hannibal will find analysis and commentary that makes them think differently and more deeply about the show. A lot to savor here.”

“NBC’s Hannibal only lasted for three seasons but became a critical darling and quickly inspired a ravenous fanbase. Bryan Fuller’s adaptation of Hannibal Lecter’s adventures created a new set of fans and a cult audience through its stunning visuals, playful characters, and mythical tableaus of violence that doubled as works of art. The show became a nexus point for viewers that explored consumption, queerness, beauty, crime, and the meaning of love through a lens of blood and gore.

Much like the show, this collection is a love letter to America’s favorite cannibal, celebrating the multiple ways that Hannibal expanded the mythology, food culture, fandom, artistic achievements, and religious symbolism of the work of Thomas Harris. Primarily focusing on Hannibal, this book combines interviews and academic essays that examine the franchise, its evolution, creatively bold risks, and the art of creating a TV show that consumed the hearts and minds of its audience.”

The book, edited by Kyle A. Moody and Nicholas A. Yates, can be purchased here from McFarland

Begin typing your search above and press return to search. Press Esc to cancel.