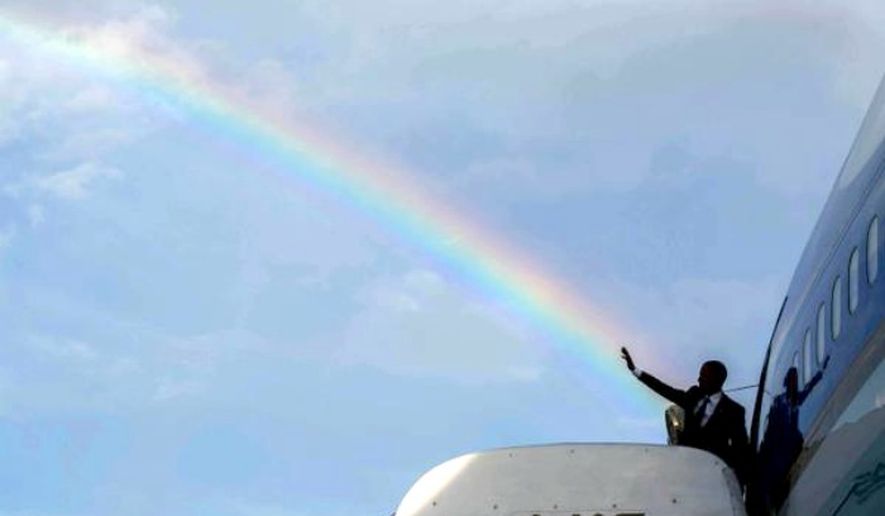 The other day, Barack Obama, President of the U-nited States of America, stated his support for same-sex marriage. Here is what did not happen as a result to that affirmation:

The world did not stop spinning on its axis causing everyone in the United States to suddenly slide to the Eastern Seaboard at a speed of nine hundred miles per hour.

Millions of years of evolution did not undo itself thus turning all of mankind into a species mostly mirroring the Mexican Walking fish.

It did not rain chocolate (sorry kids).

The crust of the earth did not split open, nor did molten magma seep up from the cracks and cover the continent, triggering the judges from the Guinness Book of Records to declare the Largest and Longest Game of ‘The Floor is Made of Lava’ EVER.

The world’s stock markets did not crash, plunging the All-Mighty dollar all the way

sending human beings back to the stone age where people bartered with brontosaurus bones (would that be such a bad thing?).

Nor did the any the stars or the suns or the celestial bodies in the universe relocate themselves within six thousand light years from the earth, acting like a billion pizza ovens, burning all life on the planet to a thin and crispy, super-supreme crust.